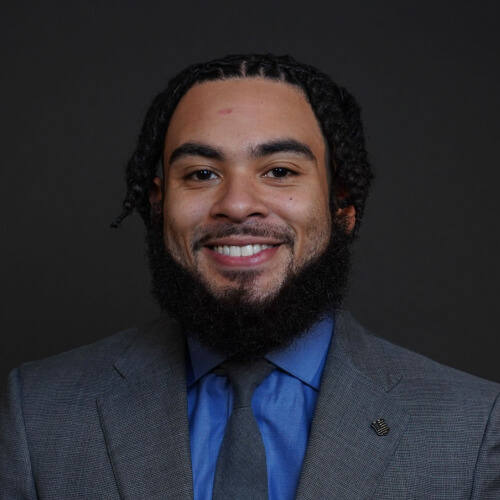 Savon Gray is one of the first people that potential partners will encounter on their journey with Acquira.

He brings with him a background in financial services and entrepreneurism, but it wasn’t always that way. Originally, Savon was pursuing a career in dentistry before realizing it wasn’t a good fit.

“I went to the University of Kentucky and I started off as a bio major. I wanted to be a dentist. That sounds crazy at this point,” he laughs. “I took organic chemistry 101 and I was like, ‘this sucks. I don't not like this. I don't care about this. But I want to do.’”

That realization led him to think about changing his major. At the same time world events like the protests in Ferguson, Missouri were grabbing national headlines.

“Kentucky is a very conservative campus and I realized no one was talking about any of this stuff,” he explains. “I felt like I could talk about it.”

That’s when Savon decided to take a journalism class, which brought him to the campus newspaper, where he would eventually become the editor.

After graduating, Savon got a job working for Jackson National selling annuities in the Texas, Arkansas, and Louisiana region.

“Before I left, my last quarter, I was named wholesaler of the quarter for the whole central region,” he says. “So I came from nothing to be the top which felt good.”

After that, he took a role at Brighthouse selling long-term care insurance before eventually starting his own business. Now, in addition to his work with Acquira, Savon runs Black Business Boxes, a subscription service that aims to make supporting Black-owned businesses seamless and second-nature.

In his spare time Savon enjoys going to the gym, spending time with his dog, and exploring nature. His favorite aspect of working with acquira is learning about parts of the world he didn’t know existed before.

“I consider myself like a bushwhacker type of guy,” he laughs. “For my friends and family like I'm kind of the first person to go get the experience and then figure out how to unlock part of the map on the video game of life.”

Acquira is a business acquisition in a box service. We help entrepreneurs buy businesses and we invest in them and their chosen businesses. We are here to help ensure that each business we work with is posed to make the biggest positive impact possible for its owners, employees, and community.