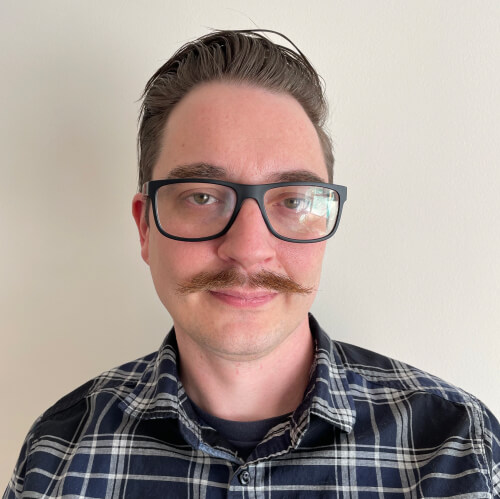 Ty first became acquainted with Acquira when he was hired as the General Manager for one of the company’s digital assets. His experience there eventually led him to a writing position at Acquira.

Before coming to Acquira, Ty was a freelance writer and journalist for many years, a job he still does from time to time. He also worked as a business reporter for 680 News, one of the biggest all-news radio stations in Canada, and a music journalist. At the same time, he spent months out of every year touring around the country with his band.

It’s Ty’s journalism experience that helps him with his tasks at Acquira.

“A lot of my job is taking complex ideas and trying to simplify them and explain them in an understandable way, which I think is a lot of what journalism is about,” Ty says. “I think that helped me to not be scared talking to strangers and asking questions, which is good for what I have to do now.”

He believes that part of being a good journalist is not being afraid to appear stupid while collecting information and, in that way, journalism trained him to be humble but capable.

Ty’s favorite part of the day is when he can shut everything off and concentrate on writing – focusing on just one project, doing research, collecting ideas, and then collecting all of that together into a single package. Though, he also loves any chance he has to interact with his coworkers.

For Ty, the familial atmosphere at Acquira keeps life interesting. He enjoys the amount of laughter and camaraderie he shares with his coworkers.

Ty spends most of his free time with his twin daughters. He also likes to play music and built a small recording studio in his office. He likes to joke that, for a period, he was the only professional banjo player in Mexico, playing with a number of renowned Mexican musicians.